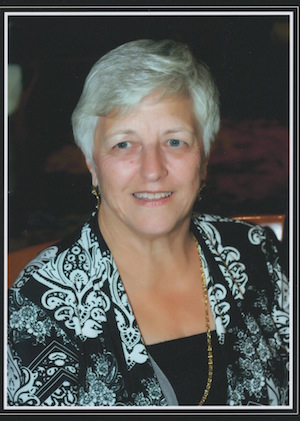 Judy A. Knox, a retired high school teacher, began writing seriously after the death of her husband in 2012. Judy returned to the Chicago North Shore to live near her son, daughter, and six grandchildren. It was then that writing, which she had always enjoyed but seldom had time for, became a passion.  Her mission now is to help readers discover God’s goodness in everyday life. She is the author of A Widow’s Might: The Secret of Finding Strength in God and Dewdrops of Grace, a collection of devotionals.

After graduating from Avila University in Kansas City, MO, Judy earned her Masters Degree at National Louis University in Evanston, IL. In 2014 she completed the first-year program at Charis Bible College in Kenosha, WI. Judy leads the Joy of Writing group in Mesa, AZ, and is a member of Christian Writers Critique Group in Mundelein, IL, and American Christian Writers Association. She participated in the Write to Publish Conference in Wheaton, IL, in 2015, 2016, and 2017.

Judy works as a volunteer with China Vision, a missionary organization headquartered in Columbia, MO, editing and distributing a missionary’s newsletter. In 2014 she edited his book What’s Missing in Missions? Later that year she appeared on Andrew Wommack’s television program The Gospel Truth, which airs world wide, relating a testimony about prosperity. The testimony can be seen at www.awmi.net/extra/financial/knox and is also available on DVD.

After escaping from Illinois to Arizona during the winter months for three years, Judy realized that she belonged in Arizona, so she purchased a condo in Mesa, AZ where she now lives year-round. In addition to writing and speaking, and enjoying time with her family, Judy participates in activities in her 55+ community, leads a small group Bible study in her home, and plays cello with a local string ensemble.

Judy A. Knox, et. al (“we” or “us” or “our”) respects the privacy of our users (“user” or “you”). This Privacy Policy explains how we collect, use, … END_OF_DOCUMENT_TOKEN_TO_BE_REPLACED