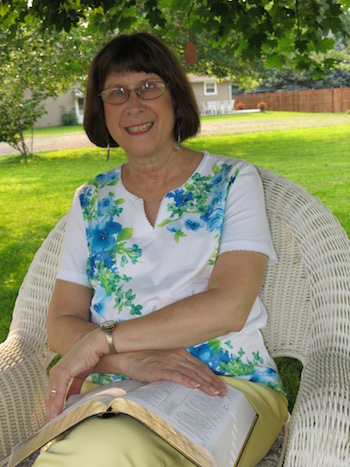 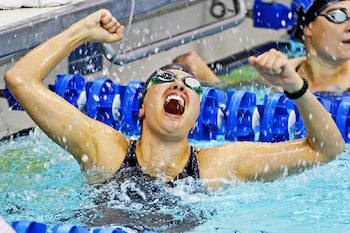 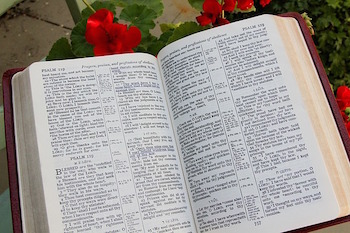 “The joy of the Lord is my strength.” Most of us are familiar with this scripture in Nehemiah 8:10. We have sung it, declared it, and experienced it. In my book A Widow’s Might I share about how, in my own life, unexplainable joy came into me and with it came strength that kept the intense pain and sadness of missing Alan from overpowering me and turning into despair.

Joy is a powerful thing. It’s a fruit of the Spirit so it’s in us at all times. However, we don’t always experience it. Just because something is in us doesn’t mean that we’re releasing it into our situations or our lives.

I’ve contemplated this Bible verse many times, kind of wondering, where does this joy that is our strength really come from? How does it work? Why do some believers seem to have more of it than others? Yes, it’s a fruit of the Spirit, but how do I release it into my life? As one who enjoys learning about scientific things, I’m interested in knowing what makes things work.

Well, usually anyway. Some things I take for granted. I don’t really know what makes a car work, nor am I curious about it. I know if I keep it maintained, fill it with gas, and keep air in the tires, then when I need to go somewhere it will get me there. My grandson Luke, on the other hand, has a keen interest in what makes a car work. His knowledge helps him take better care of his car, and when he’s driving, his awareness of all those mysterious workings under the hood enhances his driving experience.

The same principle applies to understanding Bible passages. We see things happen in our lives when we apply the truth of scripture, but we don’t always know how they work. Like my enjoying the benefits of driving a car whose workings I don’t understand, we believe what we read in the Bible, stand on that truth, and see God working in our lives. But when we get a revelation of what makes it work, our experience is enriched.

A few nights ago the leader of our women’s ministry at church shared a scripture that absolutely blew my mind, and answered the questions I had been pondering. The verse is Jeremiah 15:16: “Your words were found and I ate them, and Your Word was to me the joy and rejoicing of my heart; for I am called by Your Name, oh Lord God of hosts.” So that’s where unspeakable joy comes from! It comes from the Word.

Suddenly it clicked! The entire time Alan was in the hospital, I was starting every day in the Word of God, I was reading the Bible aloud to him for hours at a time, and I was singing to him, and to myself, songs that were Scripture set to music So when Alan went to be with the Lord, I had been saturating my heart in the Word of God. When the ultimate trial came, that Word brought me joy, which in turn brought strength, enabling my heart to rejoice despite all I was going through.

I guess when you get right down to it, whatever the question may be, the answer is always “the Word.” The best way to know God and be close to Him is spending time in His Word. Then when our road takes a turn we weren’t expecting, we aren’t completely knocked off the path. Supernatural joy will sustain us through the hard times.

Isn’t it cool the way God uses the Bible to explain the Bible! He not only tells us what we need (joy, for example) but He tells us where to find it! Yay God!

Judy A. Knox, et. al (“we” or “us” or “our”) respects the privacy of our users (“user” or “you”). This Privacy Policy explains how we collect, use, … END_OF_DOCUMENT_TOKEN_TO_BE_REPLACED