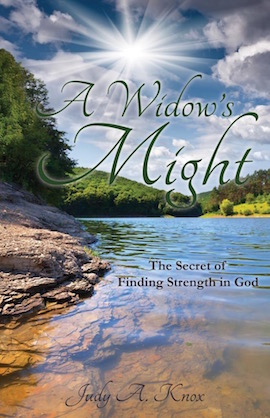 One of the questions I am asked most frequently these days is, “How are things going with the book?” The short answer is: very well. Praise God, who has blessed me with an editor who keeps things moving and is a joy to work with. Sometimes it can take a year or more from the time a book is accepted for publication until the finished product appears, but we’re moving along much faster than that! The proposed release date is February 2016, which will be here before we know it.

The process of getting a book from manuscript to the bookstore shelves involves many steps. I thought you might enjoy hearing about those steps. I did promise to share the journey with you.

The first step,  once the contract was signed, was submitting the manuscript. Right as I was negotiating the contract, my daughter Julie suggested a change that involved moving some chapters around. This turned out to be a really good idea, so I had to do a little rewriting before sending it in.

I completed an editing form  to help the editors get a feel for the message of the book. They began editing and proofreading as soon as they received the manuscript. Each editor goes through the book several times. While they were working on that, I found the photo of myself that I wanted them to use for publicity. I chose the one you see on my Facebook page, which was taken on the Alaska cruise ship, so I had to write the cruise line to obtain permission to use it. Because my publisher encourages authors to take an active role in producing and promoting the book, I wrote copy for the back cover (this is harder than it sounds!) and biographical information for the inside. I was also asked to find quotes from my book that could be used in the publisher’s promotional materials.

They say you can’t judge a book by its cover, but cover design is very important. First, I went through thousands of photos on the two websites the publisher uses, searching for the perfect one. Their graphic designer does all the work of putting the cover together, but I had input into it, and the final say on the design. I wanted a picture that would convey the tone of the book. I had in mind Psalm 1:1-3, which describes a godly man: “He shall be like a tree, planted by rivers of water, bringing forth fruit in his season. His leaf also shall not wither, and whatever he does shall prosper.” This psalm forms the basis for my Chapter 2, “Spiritual Photosynthesis.” We decided on the image you see here, which contains all the elements: tree, water, and sunlight and depicts strength, depth, and joy. Would this cover make you want to pick up the book and see what it’s about?

Today I  submitted what is called the first author review. This was my opportunity to see the changes the editors had made, and accept them or suggest other changes. There were a few parts where I need to do some rewriting or add more explanations. This is not disheartening; it’s just a part of the process. Now they’ll look at what I’ve done, accept or reject my changes, and propose other changes. The manuscript will go back and forth this way until we all agree on the final product.

My next steps while we’re in this editing process will be developing my Launch Team and looking for endorsements for the book. You’ll be hearing more about the Launch Team shortly, with an invitation to become a part of it and an opportunity to read the book before it’s published. I’m also working on lining up speaking engagements, and of course I’m having a lot of fun with my blog.

I’ll keep you posted on the progress. I hope you like the cover!

Judy A. Knox, et. al (“we” or “us” or “our”) respects the privacy of our users (“user” or “you”). This Privacy Policy explains how we collect, use, … END_OF_DOCUMENT_TOKEN_TO_BE_REPLACED